Aly Raisman, a two-time Olympic gymnast with a gold medal from Rio already in the bag, recently discussed flotation therapy as a part of her training program: “You literally float in salt water for an hour or so. That stuff is really crucial because you have to find ways to rest.”

Turns out she’s in good company – elite athletes have been floating their way to greatness for decades, citing both physical and mental benefits.

New England Patriots’ star quarterback, Tom Brady, reportedly owns his own float pod, inspiring the entire team to adopt the practice in preparation for the 2015 Super Bowl. The championship team is now rumoured to have a pod in their locker room.

Golden State Warriors’ Steph Curry and Harrison Barnes famously float once a week, telling ESPN that the therapy is “an opportunity to just relax,” as well as a recovery tool for sore muscles during the gruelling NBA season.

Did you know that the Australian Olympic team has used floatation therapy, along with the Australian Institute of Sport, as part of their training program? Sportsmen and women utilise the beneficial effects from the floatation tank to help stimulate muscle growth, speed up recovery and aid visualisation and mental training.
Some other elite athletes who have benefitted from using the floatation tank include Olympic gold medalists Carl Lewis and Phillips Idowu, Ironman Champion Peter Reid and British soccer star Wayne Rooney. Jade Johnson is another sportswoman who loves floatation therapy.

Here is what some of them have said in interviews about their use of the float tank:-

Phillips Idowu, triple jump gold medallist says:
“I’ve got a really good team behind me. I’ve got a nutritionist, physiotherapists, doctors and a masseuse. I’ve got a new coach that I’m working with, so everything’s going really well. I’m using a flotation tank every week and it all seems to be coming together nicely. I’m happy and it’s just flowing.” 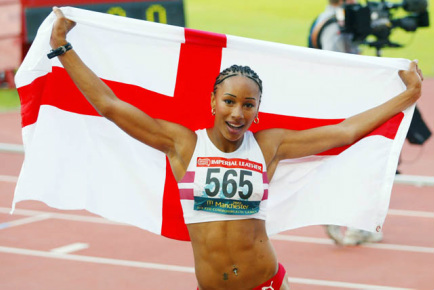 Jade Johnson, high jump silver medallist
Jade Johnson, high jump silver medallist says:
“When I first got into floatation therapy I tried it three times in a week and it was so beneficial that I had another two sessions leading into the 2008 European Cup. It was there that I jumped a personal best of 6.81m and qualified for the Beijing Olympics. I have always used physiotherapy and massage to help injury recovery but floatation is different. When I float I can really feel a lot of pressure being taken off my back and when I compete I feel calm and in tune with my Mind and body”.

“I think everyone should at least have one float in their lives, as they just don’t know what they are missing!” 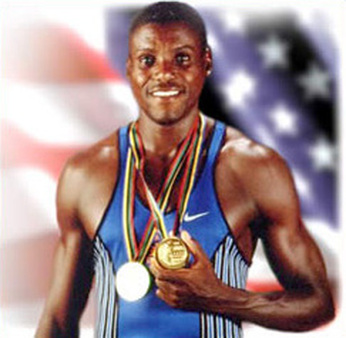 Carl Lewis, long jump Olympic gold medallist
FTA states,”Carl Lewis, said to be the world’s greatest athlete, used in-tank visualization techniques to prepare himself for his gold medal long jump at the 1988 Seoul Olympics: the Dallas Cowboys, winners of the 1993 Superbowl, have been using float tanks since 1981 to develop the physical and psychological skills of their players; the AIS (Australian Institute of Sport) has been using tanks to train their successful Olympic squads since 1983. In the words of Jeff Bond of the AIS: “The floatation tank represents a new dimension in sports training for the elite athlete”.
Elite athletes may utilise the floatation tank as part of their training to be successful in their field, and you can too! Come and discover how floatation therapy can assist you in being successful on your personal journey – on a physical, mental and emotional level. Whether you are an athlete, performer, writer, musician, student, business person, mum or just curious about exploring your mind’s potential, there are many different ways in which the floatation tank can help you get you to where you want to be.